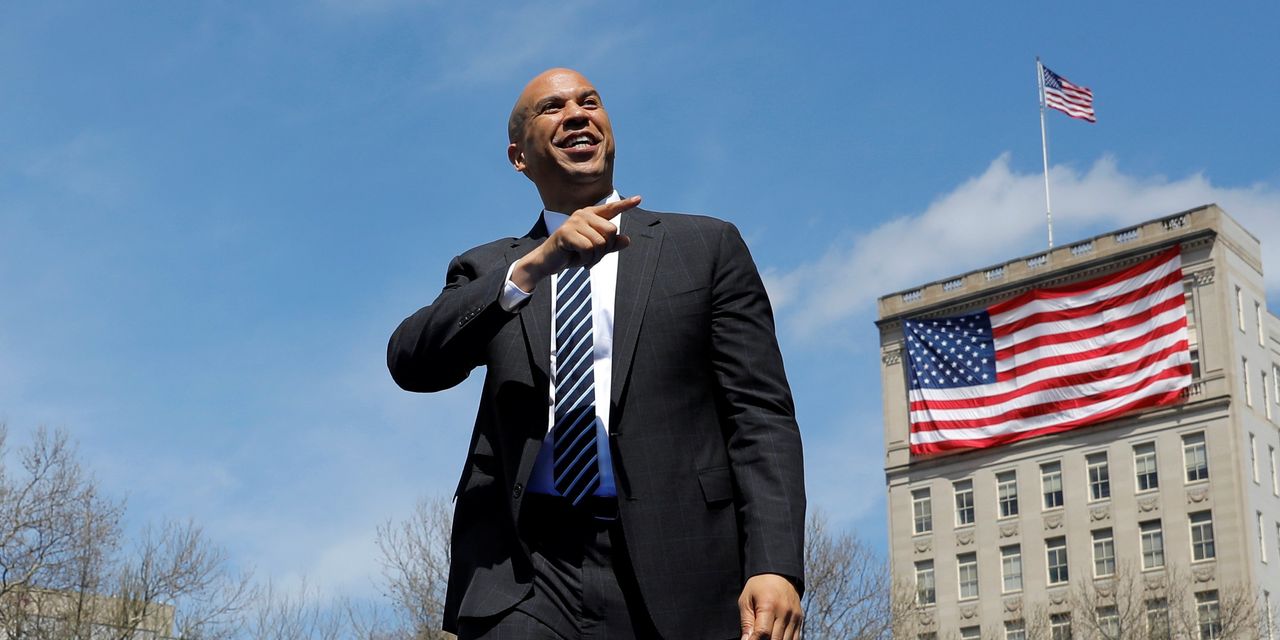 Democratic presidential candidate Cory Booker is proposing an aggressive approach to curb the flow of guns in the U.S., including strict new federal requirements for firearm ownership.

The New Jersey senator on Monday called for prospective gun owners to submit to the Federal Bureau of Investigation documentation showing they completed a gun-safety course to obtain a federal gun license, which would be required to purchase a firearm under his proposal. Like other Democrats, he is also calling for a federal background check on virtually all sales; currently, the checks aren’t required in all instances.

The process for obtaining a federal gun license would be carried out by “a designated local office, similar to applying for or renewing a passport,” according to his proposal. Law-enforcement offices would be some of the places conducting the interviews to verify information submitted by the individual seeking a license, a Booker aide said.

Once cleared, the FBI would issue a federal gun license, “after which the license-holder could freely purchase and own firearms,” according to the proposal. The license would be valid for as long as five years.

Current gun owners would have a grace period to obtain a federal license before penalties would kick in, the aide said, though the campaign didn’t specify either the proposed penalty or the grace period for current owners.

Mr. Booker, a former mayor of Newark who lives in that New Jersey city, often notes on the campaign trail that he is the only 2020 candidate who lives in a low-income, urban core. He cast his gun-control proposal as a way to combat violence on the streets of communities like his.

“In my community, kids fear fireworks on the Fourth of July because they sound like gunshots,” Mr. Booker said. “My plan to address gun violence is simple—we will make it harder for people who should not have a gun to get one.”

Mr. Booker also is calling to limit handgun purchases to no more than one per person each month, effectively eliminating bulk sales.

The campaign didn’t provide an estimated cost for federally administering the new program. The aide said any potential bill to taxpayers would be at least partially offset by licensing fees.

The plan, though lacking some specifics, marks the most in-depth policy rollout of Mr. Booker’s candidacy for president, which in the early stages of the Democratic primary has yet to break out in a crowded field.

Currently, federal laws require background checks only for sales by federally licensed dealers, though some states have added their own requirements, and Mr. Booker would allow state licensure programs to continue. The FBI currently has three business days to determine whether someone should be denied permission to buy a gun—after that period, the sales can be processed.

Democratic efforts to tighten those restrictions have been met with near unanimous GOP opposition in Congress, where Republicans often voice concerns regarding the Second Amendment right to bear arms. In February, House Democrats passed a bill that would require background checks for nearly all gun sales, with narrow exemptions, and buyers would be vetted for almost all private sales online and at gun shows. Senate Republicans who control the chamber are unlikely to take it up.

Republicans have argued Democratic gun-control efforts inadvertently cause harm to responsible gun owners, and in some cases, they have argued for easing existing gun laws. House Minority Whip Steve Scalise of Louisiana, the No. 2 House Republican, last week unveiled a bill that would loosen restrictions concerning federally licensed arms dealers who wish to transfer guns across state lines. “The modernization and simplification of our federal firearm purchasing laws is long-overdue reform,” Mr. Scalise said.

Being in favor of muscular gun-control measures has become a litmus test in mainstream Democratic politics, as seen in the 2018 midterm election and on the campaign trail among the 2020 candidates. California Rep. Eric Swalwell has focused his candidacy around enacting tougher gun laws, including enhanced background checks on gun sales, following a series of deadly school shootings.

Democratic Sen. Kamala Harris of California last month promised to take executive gun-control actions if elected president. But Ms. Harris said she would only take executive actions to achieve “near-universal” background checks if Congress didn’t pass a package on gun control in the early days of a Harris administration. Mr. Booker vowed Monday he would take executive action to tighten gun sales “beginning on day one” of his presidency.

Write to Joshua Jamerson at joshua.jamerson@wsj.com