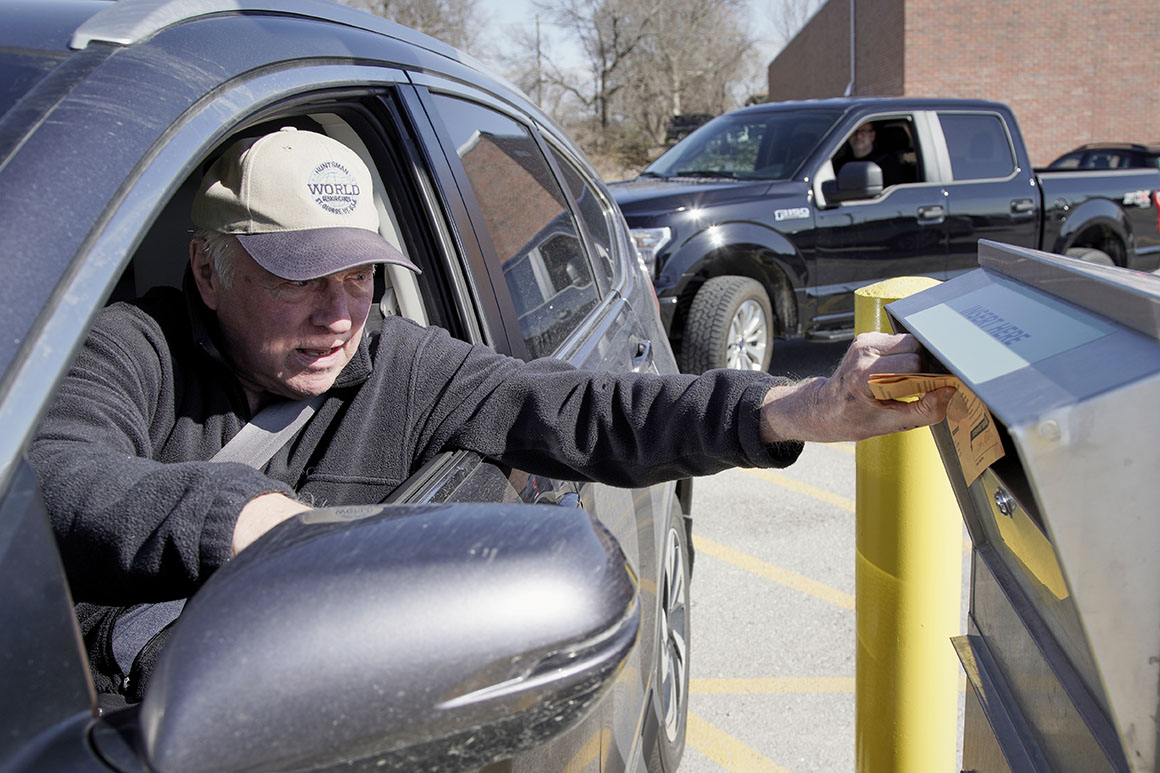 A huge surge in voting by mail is coming whether states prepare for it or not — and without clear direction from the federal government, states are preparing to muscle through their own changes to get ready for the glut of mail ballots coming their way in November.

Wisconsin’s conflict-ridden April 7 elections went off without the state government making any major policy changes to encourage absentee voting, but more than two-thirds of voters cast their votes via the mail anyway, many times higher than the 12 percent absentee voting rate in the spring 2016 election. The surge overwhelmed election officials, with some staff working 100-hour weeks to try to fill all the ballot requests and reports of the state’s system crashing under the intense workload.

In the aftermath, election administrators in other states are moving quickly to avoid getting overwhelmed themselves. States that have already mastered massive vote-by-mail systems are serving as informal information clearinghouses for others, dispensing advice on everything from how to line up the best vendors for printing and distributing paper ballots to setting up drive-by or other drop-off points for voters who don’t want to rely on the U.S. Postal Service.

“We're going to see a substantial switch to mail voting whether or not anybody prepares for it,” said Wendy Weiser, vice president for democracy at the Brennan Center. “The question is, will the system be prepared to accommodate and process that, or will it be a real mess?"

Deep divisions between Republicans and Democrats on voting by mail has been a major sticking point in coronavirus relief negotiations in Congress. Democratic efforts to mandate expanded mail voting have met stiff resistance from congressional Republicans and the White House, and there were no election-related funds in the most recent aid package. Republicans’ concerns include maintaining state control of elections and the limited amount of time to implement a new system. President Donald Trump has also made baseless claims alleging widespread fraud inherent in mail voting.

But election experts warn that states don’t have time to wait for Congress to appropriate more money for election aid, so secretaries of state have started seeking advice and guidance from counterparts in states that run predominantly mail-in elections, like Colorado, Hawaii, Oregon, Utah and Washington.

“Colorado has had time to really perfect our system, and now we're here to lend a hand,” said Secretary of State Jena Griswold, a Democrat who said she’s texted with Ohio’s Republican secretary of state, Frank LaRose, and that her staff has been in communication with other states. “We want to see all secretaries of state in all these states succeed. So we want to share our expertise and help states put together their mail ballot systems as quickly as possible.”

The National Association of Secretaries of State, composed of top election administrators from across the country, has started holding weekly conference calls to discuss tackling elections during a pandemic.

“The secretaries are pretty good about being on the phone, shar[ing] a few war stories,” said Iowa Secretary of State Paul Pate, a Republican and the president of NASS. “And also to talk about some best practices and vendors that might be out there that we can tap into.”

New Mexico Secretary of State Maggie Toulouse Oliver jokingly referred to Kim Wyman, her counterpart from Washington state, as “the most popular girl at the dance right now,” saying the longtime Washington elections official has been indispensable to others trying to rapidly accommodate more voting by mail. LaRose said he’s talked to other secretaries of states about the importance of postage-paid envelopes and having drop boxes for voters who wanted to drop them off in person.

Some states are taking legislative steps to expand mail-in voting in their state and otherwise protect voters from the virus. Virginia became a no-excuse absentee voting state after Democratic Gov. Ralph Northam signed a series of voting access laws in mid-April, which were already making their way through the state Legislature before the pandemic.

Other states are making temporary changes. The secretary of state and attorney general in New Hampshire, which requires voters to provide an excuse to vote absentee, co-authored a memo announcing that they would treat concern over coronavirus as a valid excuse in this year’s elections.“Voters should not have to choose between their health and exercising their constitutional right to vote,” they wrote.

But there are gradations of preparedness, even among no-excuse absentee ballot states. In Arizona, which has a permanent early voting list of citizens who automatically receive absentee ballots every election, 79 percent of voters voted by mail in the 2018 midterms, according to data collected by the Brennan Center, which advocates a wide swath of voting reforms. But other states with no-excuse absentee voting were in the single-digits and might not be prepared for a big surge of mail-voting volume.

Michigan and Pennsylvania, two of the most important 2020 presidential battlegrounds, are also two of the states at greatest risk of a Wisconsin-like failure — where voters reported requesting absentee ballots but never received them — come November, said Amber McReynolds, CEO of the nonprofit Vote at Home Institute and the former director of elections for Denver, Colo., during the state’s transition to vote by mail. Michigan and Pennsylvania recently enacted no-excuse absentee voting, meaning they have little infrastructure and have managed only low levels of voting by mail in the past, said McReynolds, creating more opportunity for error.

Wyman, the Washington secretary of state, said running a successful in-person voting system does not easily translate to mail voting.

And Wyman and others ticked through a laundry list of potential barriers states might face in trying to conduct a mail-in election with little prior experience.

“It is impractical for the federal government to dictate that every state must transition to vote by mail,” said LaRose, the Ohio secretary of state. “For those states that don’t have a history of doing it, it's simply not like a flip of a switch where they just go from all in-person voting to all vote-by-mail. And for those states where maybe 2 or 3 percent historically have been vote by mail, just the logistics of doing that is a big undertaking. Thankfully, again, in Ohio, we were sort of well positioned to make this transition. But that's not the case in every state.”