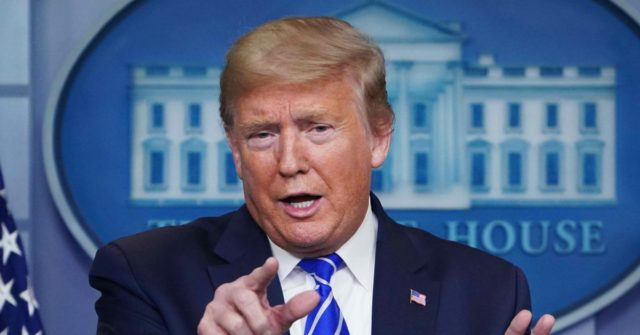 Note From Senior Management: This piece was erroneously framed by our author as a “fact check,” when, instead, it was and should have been framed as an opinion piece. The opinion that the author was trying to convey was his belief that nobody in their right mind would think that Trump was literally suggesting that people should inject disinfectant into their bodies – which is how many in the media were portraying the President’s comments at yesterday’s press conference. The piece has been re-framed as it should have been originally (as opinion), and further updated to reflect President Trump’s statement this morning that he was being sarcastic. We apologize for the error, and you are welcome for all the opportunities to dunk on us on Twitter.

After yesterday’s Coronavirus Task Force press briefing, the media quickly seized on a discussion over potential treatments for the coronavirus COVID-19 where the president asked about the potential for a disinfectant injection.

“And then I see the disinfectant where it knocks it out in a minute. One minute. And is there a way we can do something like that, by injection inside or almost a cleaning?” The President said. “So it’d be interesting to check that.”

The President told a group of reporters Friday that he was being sarcastic.

In Thursday’s White House coronavirus task force briefing, Bill Bryan, leader of the Science and Technology Directorate at the Department of Homeland Security, described the results of new government research that showed that the coronavirus did not survive long in solar light, warmer temperatures, and more humid conditions. He added that disinfectants had also been effective against it.

Trump, responding to that, noted that there had been discussions of testing ultraviolet light on patients, or of methods to bring light inside the body. “And then I see the disinfectant, where it knocks it [the virus] out in a minute. One minute. And is there a way we can do something like that, by injection inside, or almost a cleaning, cause you see it gets in the lungs.”

Trump was far from a model of clarity, but he did not actually propose injecting patients with disinfectant; he deferred to “medical doctors” to figure out how to apply Bryan’s research.

When ABC News’ Jonathan Karl asked Bryan about whether the president had proposed injecting a person with “bleach and isopropyl alcohol” later, Trump clarified that “It wouldn’t be through injection,” and that he was talking about “cleaning, sterilization of an area,” and about applying the disinfectant to “a stationary object.”

Apparently there is no accusation too crazy for Trump’s critics to believe.