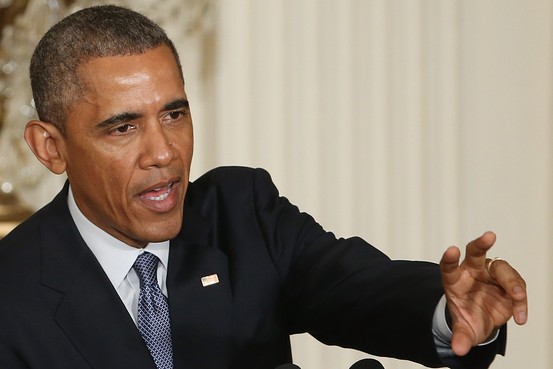 WASHINGTON—President Barack Obama will call on the new Republican-led Congress to raise taxes on investments and inherited property and to create or expand a range of tax breaks for middle-income families, laying out an opening position in a debate over taxation that both parties see as a potential area of compromise.

Mr. Obama will outline the measures in his State of the Union address Tuesday night. He will propose using revenue generated from the tax increases—which would fall mainly on high-income households—to pay for a raft of new breaks aimed at boosting stagnant incomes for low- and middle-income households.

Those initiatives include tripling the child-care tax credit and creating a new credit for families in which both spouses work, senior administration officials said on Saturday.

Mr. Obama’s address Tuesday will start the process of determining where he might find common ground with the new Republican Congress. Both the president and GOP leaders have said that a tax overhaul, along with trade, might yield compromises.

The president’s proposals go well beyond overhauling business taxes, which the White House has previously expressed a willingness to undertake, to include changes to the individual tax code. Republican lawmakers have argued that a tax overhaul should be aimed at both businesses and individuals.

At the same time, the new White House position could complicate the debate, by underscoring deep philosophical differences between the parties. In particular, Mr. Obama’s tax increases are likely to draw opposition from Republicans.

The White House plan would make broad changes to the tax bills of wealthier taxpayers, mainly by raising the taxes they pay on investments. The top capital gains rate would rise to 28% from 23.8%. The plan also would impose capital-gains tax on more inherited assets.

It also would create or expand several significant tax breaks for low- and middle-income households, for instance by establishing a new $500 credit for families in which both spouses work, and by tripling the value of the child care credit to $3,000 per child. The changes also would significantly expand the availability of the child-care credit to more middle-income households.

“ This proposal is probably the most impactful way that we could address the manifest unfairness in our tax system. ”

The administration said the tax increases would raise revenue by about $320 billion over the next decade, while the new tax breaks and other initiatives would cost about $235 billion. The administration didn’t detail its plans for the additional revenue.

The tax proposals represent a part of the administration’s broader strategy to raise stagnant middle-class incomes, a prominent topic in Washington lately.

The plan could further complicate an already difficult debate in Washington over rewriting the much-maligned U.S. tax code, although administration officials emphasized they remain hopeful an overhaul can come to fruition in the new Congress.

The two sides already are far apart over several issues, including whether an overhaul should raise new revenues. The administration previously has signaled it wants $150 billion for infrastructure investments from rewriting the business tax code. The new request represents another big ask, this time in the name of raising incomes for moderate-income households in the course of rewriting the individual tax code.

The plan appears unlikely to draw much Republican backing, although elements of it are similar to proposals advanced by some GOP lawmakers. For instance, it would impose a fee on large, highly-leveraged financial institutions that echoes a bank tax proposed by former Rep. Dave Camp (R., Mich.), the recently retired Ways and Means chairman, as part of his overall plan to lower individual and business rates. The second-earner credit and a plan to consolidate and improve education breaks also mirror GOP proposals, administration officials said.

For high-income taxpayers, the Obama proposal would represent another significant increase in taxes on investment. It would boost the top rate to 28%, from the current 23.8%, for married couples with incomes over about $500,000.

The basic top tax rate on dividends and capital gains was lowered to 15% under the Bush administration. The Obama administration already has pushed the top rate to 20%, and added a special 3.8% tax rate for many types of investments. Along with other changes under Mr. Obama, the current top rate on investment income amounts to almost 25%, according to the Congressional Budget Office.

The administration said its proposed 28% capital gains rate would set the rate at the same level as under President Ronald Reagan’s 1986 tax overhaul. But the Reagan-era overhaul also taxed earned income at a top rate of 28%; the top rate on earned income now is 39.6%.

The new proposal also would take away a long-standing feature of the tax code that allows people to pass along appreciated assets to their heirs while limiting any tax bill.

Currently, for example, a parent who dies can pass along a valuable asset to a child, with no capital gains tax being due. The law also limits the eventual tax bill when the child sells the asset, by figuring the taxable gain only since the parent’s death, a feature known as stepped-up basis.

The administration argues that all the gain that occurred before the parent’s death unfairly escapes tax. In a fact sheet distributed on Saturday, the administration said the current treatment of inherited assets—which it refers to as the “trust fund loophole”—is “perhaps the largest single loophole in the entire individual income tax code.”

“This proposal is probably the most impactful way that we could address the manifest unfairness in our tax system while also supporting greater middle-class opportunity,” a senior administration official said Saturday of the proposed changes to inherited asset taxes.

Among other things, the current policy reduces disputes over prices paid for assets long ago. But critics of the current rule say it is outdated. The administration argues it would unlock capital by removing an incentive for holding valuable assets for generations.

The administration’s proposal would treat bequests and gifts—other than those to charitable organizations—as taxable events, requiring tax to be paid. It doesn’t propose changes to the estate tax.

It would include several protections for middle-class families and small businesses, the White House said. For instance, capital gains of up to $200,000 per couple still could be bequeathed free of tax, and couples would have an additional $500,000 exemption for personal residences. Personal goods other than expensive art and collectibles also would be tax-exempt. A closely held business would have the option to pay the tax over 15 years.

The administration said that 99% of the impact of its capital-gains changes would fall on households in the top 1% of incomes.

The revenue raised would be used to offset the cost of the initiatives to benefit working families, the administration said. Those include Mr. Obama’s previously announced initiative to make two years of community college free.