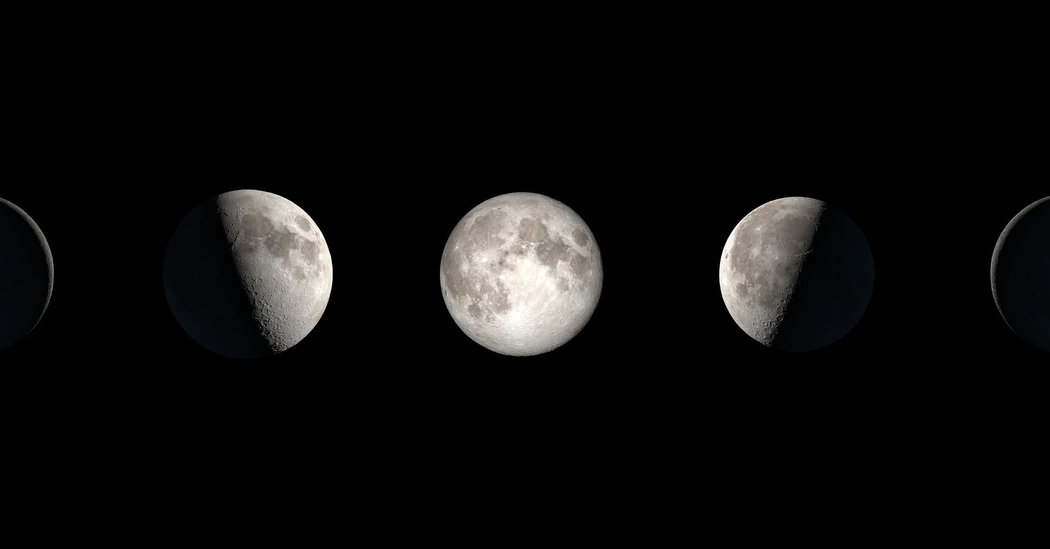 You’re reading In Her Words, where women rule the headlines.

Sign up here to get it delivered to your inbox. Let me know what you think at dearmaya@nytimes.com.

This year, with the future of Roe v. Wade newly in question after the appointment of Justice Brett Kavanaugh to the Supreme Court, a rash of abortion-related bills have been making their way through statehouses. The vast majority are bills to restrict access to abortion, though a couple are efforts to shore up abortion rights.

This week, Georgia and Alabama have made moves to restrict access to the procedure. Alabama’s is one of the most aggressive ever in the U.S., aiming to criminalize abortion. The vote, initially expected to take place on Thursday, was delayed until next week after chaos erupted on the Senate floor.

As my colleagues Timothy Williams and Alan Blinder reported this week: Republicans, emboldened by President Trump and the shifting alignment of the Supreme Court, have recently intensified their decades-long campaign to overturn Roe v. Wade. The 1973 ruling established that abortion is legal before a fetus is viable outside the womb, usually about 24 weeks into a pregnancy.

Here is a breakdown of some of the measures taken so far this year.

The State Senate in Alabama could soon vote to criminalize abortion in the year’s most far-reaching measure that has a chance of becoming law.

The bill would effectively ban most abortions from conception on and would criminalize the procedure for doctors, according to the Times report. Doctors who perform abortions could face up to 99 years in prison, or 10 years for attempting to perform the procedure.

Exceptions for rape, incest and serious threats to the mother’s health are being considered.

[READ MORE: As States Race to Limit Abortions, Alabama Goes Further, Seeking to Outlaw Most of Them]

On Tuesday, Georgia’s governor, Brian Kemp, signed a “fetal heartbeat” bill, essentially banning abortions at the first signs of a fetal heartbeat, or after six weeks of pregnancy — before many women know that they are pregnant.

Doctors measure the start of pregnancy from the date of a woman’s last menstrual period, which is usually about two weeks before a fetus is conceived.

According to the American College of Obstetricians and Gynecologists, an embryo is not considered a fetus until eight weeks after fertilization, which is about 10 weeks into a pregnancy.

“Georgia is a state that values life,” Kemp said at the bill signing.

It’s the fourth state to pass such legislation this year, and like in other states, it is expected to face a swift legal challenge. The American Civil Liberties Union and the Center for Reproductive Rights have vowed to challenge Georgia’s legislation before it takes effect in January 2020.

All three of these states have passed “heartbeat bills” this year, paving the way for Georgia.

The law was passed in Kentucky in March, but was blocked by a federal judge hours later. Kentucky has one abortion clinic.

Mississippi passed its own law just days after Kentucky, though a federal judge is expected to hear a challenge to the law later this month. During the signing ceremony, Mississippi’s governor, Phil Bryant, a Republican, described a heartbeat as “the universal hallmark of life since man’s very beginning.”

In April, Ohio passed its law, which is set to take effect in July. The A.C.L.U. plans to sue. At the bill’s signing in Ohio, Gov. Mike DeWine acknowledged its potential to be used as a tool in the fight against Roe v. Wade.

Meanwhile, legislators in South Carolina and Tennessee are considering similar measures. And similar laws have been found unconstitutional in Iowa and North Dakota.

States moving to bolster abortion rights is rare, but on Jan. 22, the 46th anniversary of the Roe decision, Gov. Andrew M. Cuomo, Democrat of New York, signed the Reproductive Health Act. The law permits abortion after the 24th week of a pregnancy when there is “an absence of fetal viability, or the abortion is necessary to protect the patient’s life or health.”

In Virginia, a similar bill was set aside in committee.

Sign up here to get In Her Words delivered to your inbox.

Here are five articles from The Times you might have missed.

“When I see Border Patrol, I think about them taking my parents.” Seven young women told us their stories about what it’s like to come of age in the borderlands. [Read the story]

“The expectation among my male friends is still that they will have the life they had before having kids.” Our idea of the culture of fatherhood has changed much more than dads' actual behavior. [Read the story]

“They’re victims of the situation because they went against their will.” What should be done with the women and children of ISIS? [Read the story]

“It’s the men whose electability you should doubt.” Overlooking a qualified woman because you expect misogynists to have a problem with her is the definition of patriarchy, writes Farhad Manjoo, a Times columnist. [Read the story]

“We were best friends. Then three years ago, my cousin tried to kill me.” A writer who was once drawn to his cousin’s bravado was forced to come to terms with how the idea of masculinity had poisoned their lives. [Read the story]

Norma Miller, known as the “Queen of Swing,” who danced the Lindy Hop on Harlem sidewalks as a child and later made it a Jazz Age jitterbug craze, died this week at 99.

She was the youngest recruit and last survivor of the original Lindy Hoppers, the all-black dance troupe that broke in at Harlem’s Savoy Ballroom and popularized the Lindy Hop in Broadway shows, on tours of Europe and Latin America, and in Hollywood films.

“Black girls didn’t have many outlets,” she said decades later. “You had laundry. You had hairdresser. Or teacher. Now, I didn’t qualify for any of those. I could dance. I could just do it naturally.”

With her own black companies, she joined early fights to undermine segregation in Miami Beach and Las Vegas nightclubs and casinos, where black entertainers drew big crowds but afterward had to leave through the kitchen and stay in segregated accommodations.

Sign up here to get future installments of In Her Words delivered to your inbox.