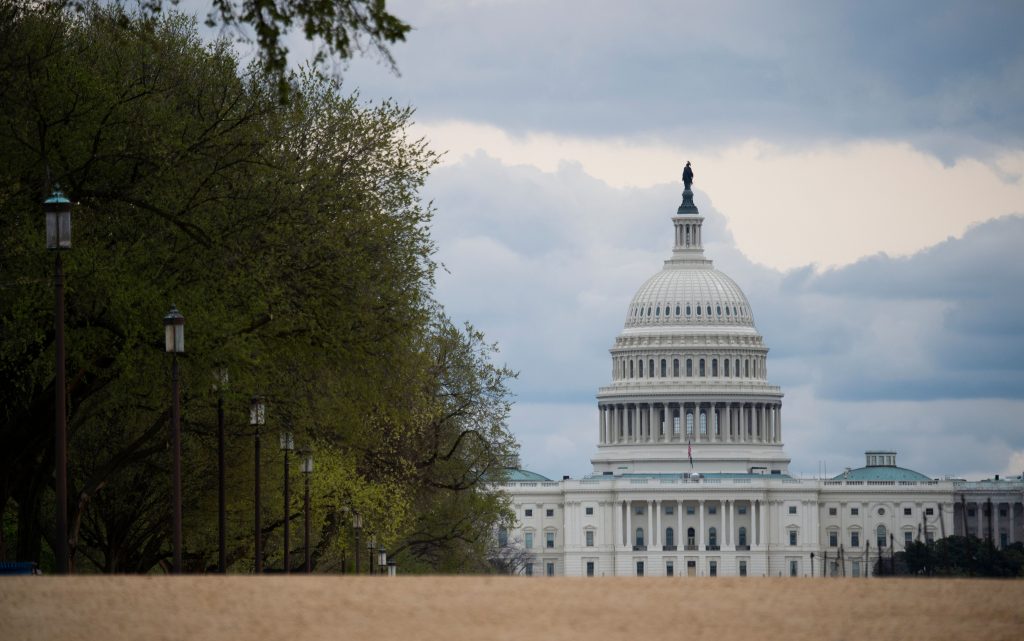 Senate Democrats voted Thursday to block a $250 billion infusion of cash into small businesses suffering amid the coronavirus pandemic.

The Democratic caucus denied unanimous consent to a bill floated by Senate Majority Leader Mitch McConnell (R., Ky.) that would have added the funds. Democrats then offered their own bill, which would have included not just $250 billion for small businesses but an additional $250 billion for hospitals and state and local governments—Republicans likewise objected.

The dispute comes as new data show unemployment claims surged by 6.6 million over the past week, with a total of over 17 million people now out of work because of the coronavirus shutdown. A passed bill would have infused billions into small businesses that preserved their payrolls—businesses that now face further uncertainty amid dispute in Congress.

"Senate Democrats just blocked urgent money for a popular, bipartisan job-saving program which they themselves literally coauthored with us two weeks ago," McConnell wrote on Twitter. "I complimented both sides and asked to increase the dollar amount without changing anything else. But they blocked it."

Had the Republicans' proposal been approved, it would have allocated another $250 billion to the Paycheck Protection Program (PPP), a key plank of the $2 trillion coronavirus relief package passed two weeks ago. Originally allocating $350 billion in funding, the PPP offers loans to small businesses which would be forgiven if all employees are kept on the payroll for eight weeks and the money is used for wages, rent, mortgage interest, or utilities. The program aims to maintain the pre-crisis employment structure, an approach experts believe could facilitate a swift end to the recession when the crisis has passed.

The program has experienced tremendous demand despite initial uncertainty among large lenders about how to issue loans. Treasury Secretary Steven Mnuchin previously told lawmakers that as of Wednesday afternoon, the program had doled out $90 billion in loans, while Sen. Marco Rubio (R., Fla.), who chairs the Senate Small Business Committee, said the program was approving over $3 billion an hour.

This burn rate makes refilling the fund increasingly urgent—experts have estimated that businesses may need up to $1 trillion to replace expected revenues lost due to the nationwide shutdown. Democrats' no vote on Thursday, Rubio wrote, does not reflect their opposition to the plan, but their desire for "other things" to be funded as well. McConnell told CNN that while he and his colleagues do not necessarily oppose additional assistance, the PPP is the only fund currently in danger of depletion.

Thursday's vote is just the latest example of Democratic slow-walking during the ongoing crisis. Previously, Speaker of the House Nancy Pelosi (D., Calif.) worked to delay the passage of the CARES Act until more Democratic demands were met, in the process floating a 1,400-page alternative bill containing diversity mandates and handouts for favored organizations untouched by the crisis.