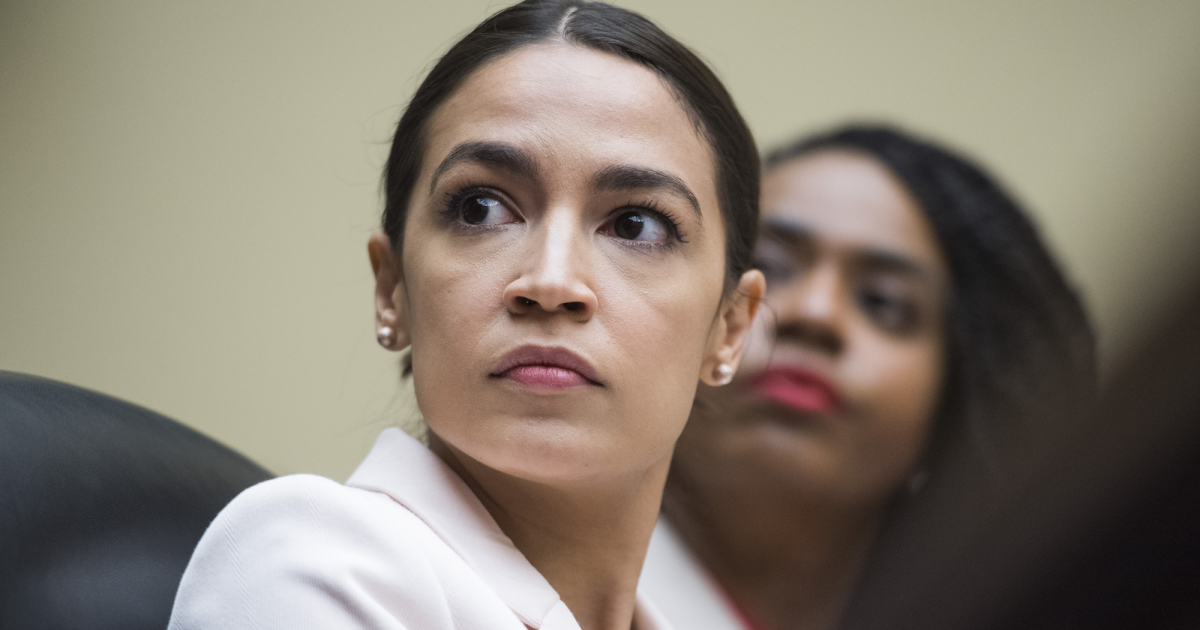 Republicans are claiming outrage after Rep. Alexandria Ocasio-Cortez (D-N.Y.) compared immigration detention centers along the southern border to concentration camps—remarks she first made during an Instagram Live session late Monday and has since defended.

“That is exactly what they are: They are concentration camps,” Ocasio-Cortez told her followers on Monday. “I want to talk to the people that are concerned enough with humanity to say that ‘never again’ means something.”

“I don’t use those words lightly,” she continued. “I don’t use those words to just throw bombs. I use that word because that is what an administration that creates concentration camps is. A presidency that creates concentration camps is fascist, and it’s very difficult to say that because it is very difficult to accept the fact that that’s how bad things happen.”

As her comments emerged in the media, Republicans accused Ocasio-Cortez of debasing Holocaust victims and survivors. “You demean their memory and disgrace yourself with comments like this,” Rep. Liz Cheney (R-Wyo.) said in a tweet Tuesday morning.

Ocasio-Cortez quickly responded by asking Cheney how she would describe the use of “mass camps of people detained without a trial.” Cheney, in turn, recommended that Ocasio-Cortez read testimonies from Holocaust survivors, as well as Elie Wiesel’s seminal memoir, Night. “Here’s an Amazon link to make it easy for you to purchase,” the Wyoming congresswoman added.

Cheney’s response notably did not include an answer to Ocasio-Cortez’s initial question.

Hey Rep. Cheney, since you’re so eager to “educate me,” I’m curious:

What do YOU call building mass camps of people being detained without a trial?

How would you dress up DHS’s mass separation of thousands children at the border from their parents? https://twitter.com/Liz_Cheney/status/1140988893627478018 …

Please @AOC do us all a favor and spend just a few minutes learning some actual history. 6 million Jews were exterminated in the Holocaust. You demean their memory and disgrace yourself with comments like this. https://twitter.com/RealSaavedra/status/1140846386042171392 …

The back-and-forth on Tuesday echoed a similar fury professed by Republicans back in November, when Ocasio-Cortez cited past global refugee crises, including the Holocaust, to defend today’s migrants seeking asylum at the US-Mexico border. “I recommend she take a tour of the Holocaust Museum in DC,” Sen. Lindsey Graham (R-S.C.) said. “Might help her better understand the differences between the Holocaust and the caravan in Tijuana.”

As Graham and others implied that she was ignorant on the subject, a strategy conservatives have frequently used to undermine the freshman congresswoman, the official Twitter account for the Auschwitz Memorial appeared to tweet a veiled line of support for Ocasio-Cortez.

When we look at Auschwitz we see the end of the process. It's important to remember that the Holocaust actually did not start from gas chambers. This hatred gradually developed from words, stereotypes & prejudice through legal exclusion, dehumanisation & escalating violence.